Home / Championship Round / Awards and Trophies 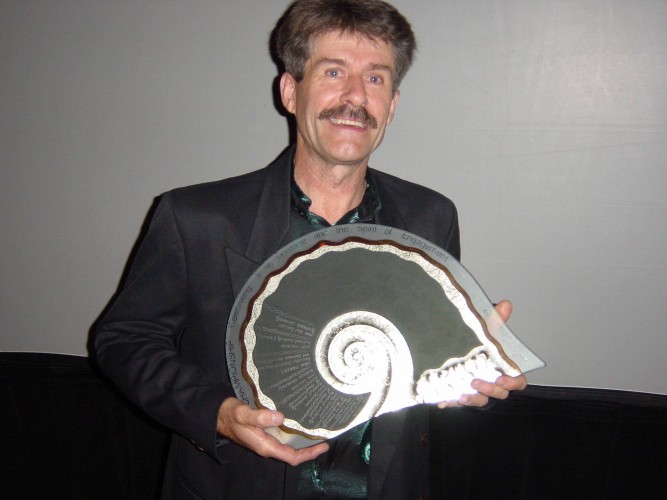 Presented to the winners of the NIBS Worldwide Case Competition from 2002 to 2013, the Allan Trophy honoured Reigan Allan, a student at Auckland University of Technology and member of the school’s championship-winning team at the 2001 competition in Helsinki, Finland.  After a valiant fight against cancer, Reigan passed away shortly after her team’s win.  To commemorate her life and her many achievements, Reigan’s family commissioned a local New Zealand artist to create a unique award that would carry her name.  Made of glass and metal, fashioned in the shape of a seashell, the trophy celebrated “trust, courage, and the spirit of engagement.”

First awarded at the 2002 Championship Round in Auckland, New Zealand, the trophy was retired following the 2013 event in Leuven, Belgium, when the final space on the inscription plate was filled.  It was returned to her family as a lasting tribute to the life of this remarkable young woman. 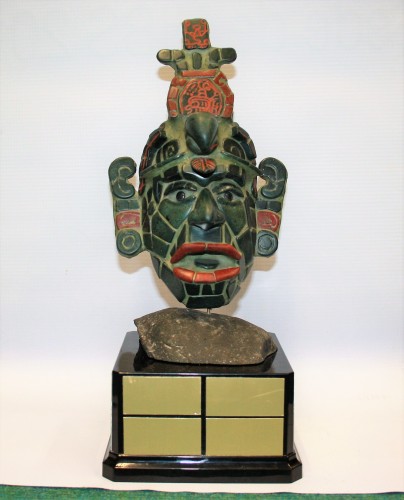 Introduced at the 2018 Championship Round in Guatemala, the Mayan Mask resumed the tradition of a permanent award for the winning team at the NIBS Worldwide Case Competition.  The trophy is an authentic reproduction of an artifact from the region’s Late Classic period, and is finely crafted from the same jade stone as the original. It was generously donated by Universidad del Istmo to commemorate the first-ever staging of the competition in Latin America.

Famed for their sophisticated writing system and achievements in mathematics, art, architecture, and astronomy, the Mayans are one of history’s great civilizations. As an examplar of their many achievements, the mask embodies the NIBS spirit by acknowledging the contributions of peoples from around the world to human knowledge, culture, and progress.

In addition to presenting the championship trophy to the winning team, the competition awards medals to the runners-up and the two remaining semi-finalist teams. We are also pleased to recognize individual and collective excellence in the following categories: