Germany is the most populous country in the European Union with about 83 Million inhabitants living in an area of 357,400 km² (fourth largest in Europe after France, Spain and Sweden), located in the middle of Europe. The central position of Germany in Europe is underlined by the number of neighbouring countries: Germany borders on 9 other European countries (Denmark, The Netherlands, Belgium, Luxemburg, France, Switzerland, Austria, Czech Republic and Poland). For most of its hundreds of years of history, Germany was a patchwork of semi-independent principalities and city-states, becoming a nation-state only in 1871. After the Second World War Germany was divided into two countries, the Federal Republic of Germany in the West, and the German Democratic Republic in the East. Both countries reunified in 1990, establishing Germany in its current borders and with Berlin as its capital. 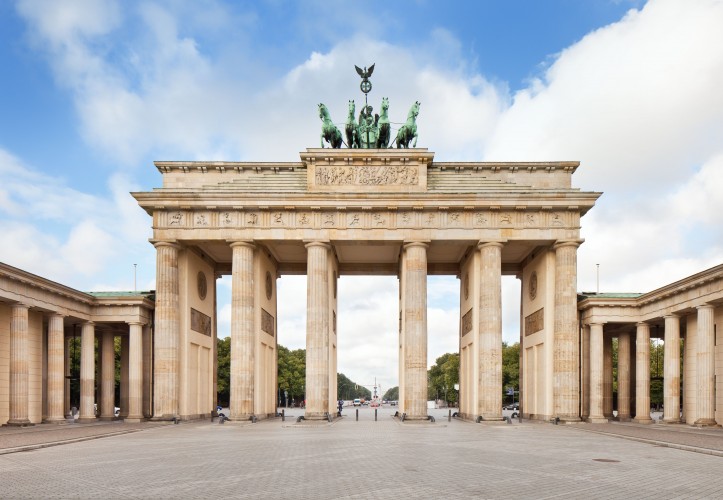 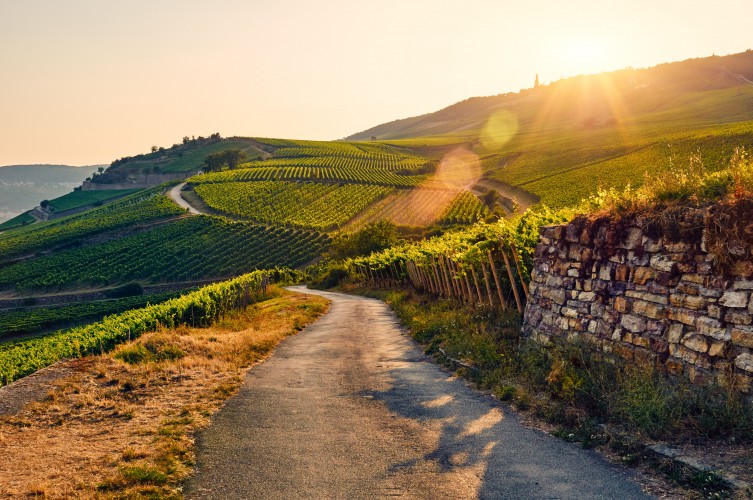 Germany is home to about 6,250 museums serving as places of discovery and exploration of art and history, technology and architecture as well as literature and nature. 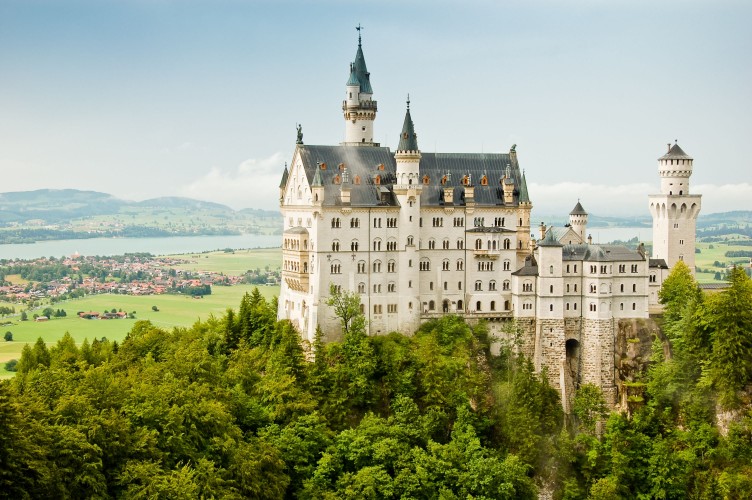 Germany is (still) a mainly Christian society. In 2017 28.2 % of the population were members of the Roman Catholic Church, 26 % of the Protestant Church.

Germany is well known for its large number of churches, cathedrals, castles and palaces, a lot of them were built hundreds of years ago. The most famous one with respect to international awareness is Schloss Neuschwanstein in the southern part of Germany in Bavaria.

Sport in Germany is mainly organised in about 91,000 gymnastics and sport clubs with about 24 million members. The most popular sport in Germany is football (soccer) that gets by far the most media coverage and public attention. The most successful football club is FC Bayern Munich. 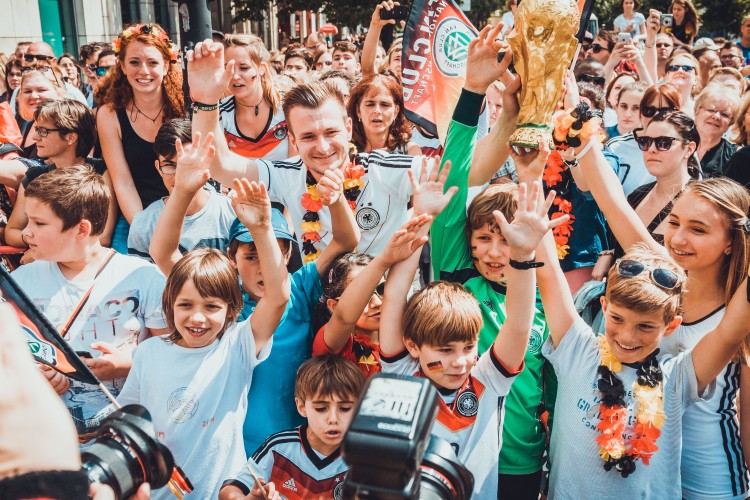 If a travel guide about Germany was consulted, you’d be encouraged to visit the big cities with a lot of history like Berlin, Munich, Dresden or Nuremberg, explore the beautiful landscape in the Alps or in regions like the Black Forest or to discover typical small and medium sized German cities like Rothenburg ob der Tauber – or Schwäbisch Hall. 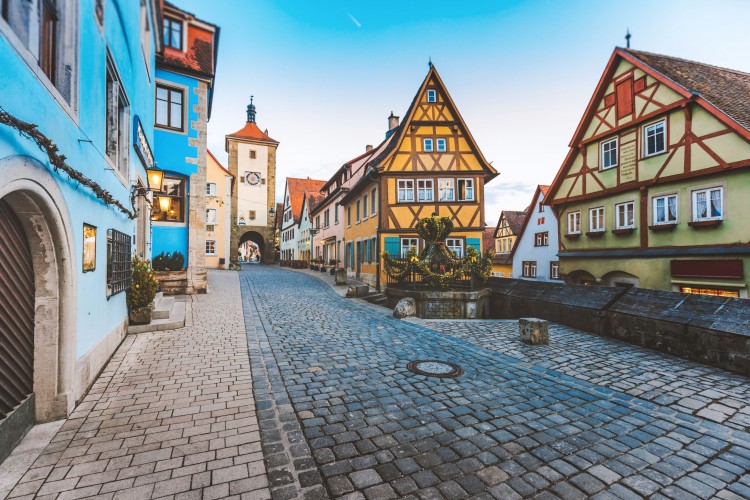 The German economy is the largest national economy in the European Union and (based on Purchasing Power Parity) the 5th largest in the world after China, USA, India and Japan.

In Germany, the share of industry in GDP is with more than 20 %, which is the highest among the G7 countries. The most important industry sectors are vehicle construction, electrical industry, engineering and chemical industry.

Germany is one of the three largest exporting nations worldwide (together with USA and China). In 2018, Germany exported goods with a value of 1.317 billion euros.

Medium-sized companies with an annual turnover of less than 50 million euros and less than 500 employees are the heart of the German economy. These companies account for 99.6 % of all German companies. 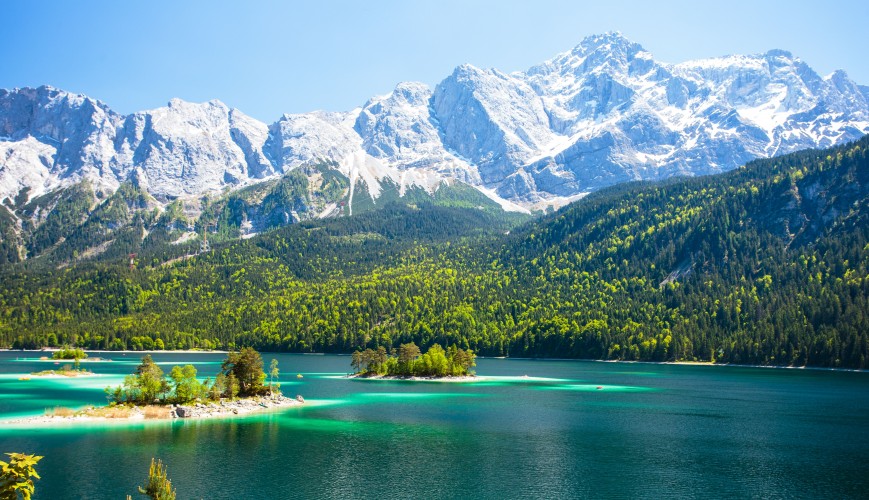 The first ever printed book was printed in Germany by Johannes Gutenberg (1452-1455) – it was a bible in Latin.

Germany is the home to about 1,300 breweries, a lot of them local ones, leading to the reputation of Germany as a nation of beer drinkers.

There are loads of dialects of the German language ― sometimes these dialects are so hard to understand, that even Germans have difficulties to communicate with each other. The only region in Germany where proper German is supposed to be spoken is the region around Hanover in the north of Germany. In the region of Heilbronn University you’ll be exposed to the Swabian dialect… 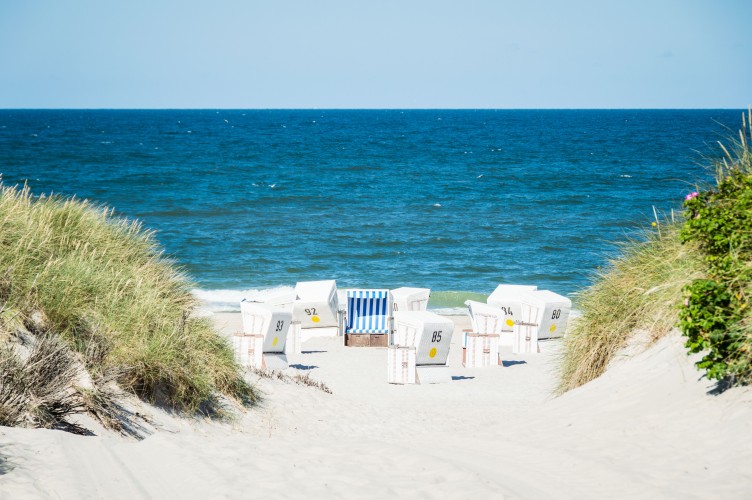 Being abroad, what Germans miss the most is their local bread, especially their whole-grain bread (rumors say that you would find more than 300 different types of breads in Germany).

Germany is also a sausage country. You’ll find sausages wherever you go, each region produces its specifically shaped sausage, and each region in Germany prides itself on producing the best one. You’ll have to try! 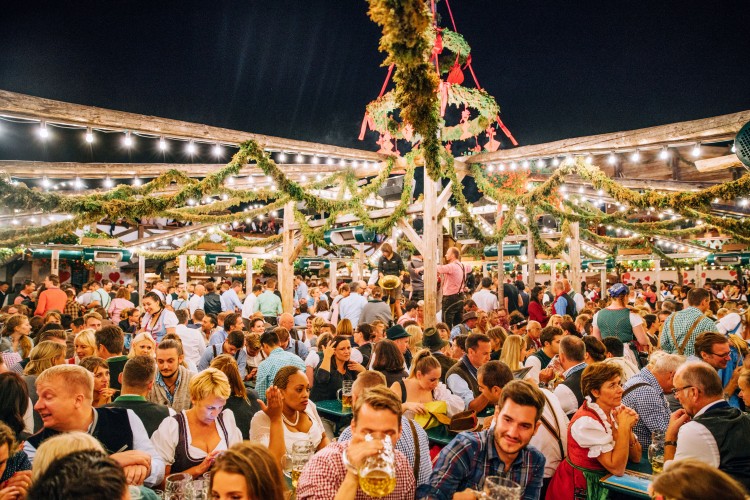