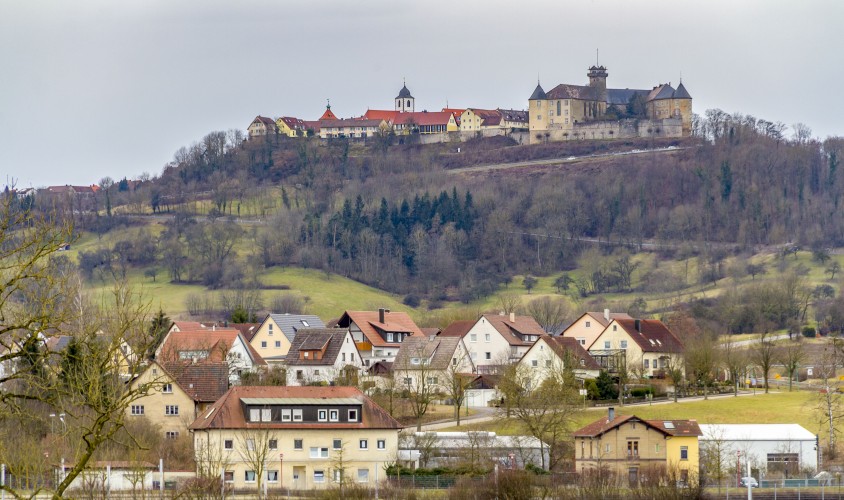 Heilbronn-Franken is a diverse, colorful region with great natural beauty and many cultural attractions. The region is broken down into districts such as Hohenlohe, a region for bon vivants, the wine region of Heilbronn, the vacation area “Lovely Tauber Valley” or the romantic cultural area of Schwäbisch Hall. The Heilbronn-Franken region measures 4,765 m², and it is home to a population of 897,263 persons. The unemployment rate, at 3.2 % (as at April 2019), reflects the regional average, and it is significantly lower than the national average.

Hohenlohe descended from the ancient Franconian Imperial immediate noble family that belonged to the German High Nobility. The family was granted the titles of Count (in 1450) and, later, Prince. In 1806 the Princes of Hohenlohe lost their independence and their lands formed part of the Kingdoms of Bavaria and of Württemberg by the Act of the Confederation of the Rhine (12 July 1806). Until the German Revolution of 1918–19, the Princes of Hohenlohe, as other mediatized families, had important political privileges. They were considered equal by birth to the European Sovereign houses. In Bavaria, Prussia and Württemberg the Princes of Hohenlohe had hereditary right to sit in the House of Lords.

The Hohenlohe district is the granary of northeastern Baden-Württemberg. It lies around the old free city of Schwäbisch Hall and extends all the way to the borders of Bavaria at Rothenburg ob der Tauber. Large farms and numerous, often well-preserved, castles provide ample evidence of the wealth of Hohenlohe in past centuries. Furthermore, international trading companies and a solid labor structure round off the Heilbronn-Franken economic region.

This offers points of departure for innovation and productivity development in keeping with Germany’s high labor costs.

As a region of the world market leaders, Hohenlohe in particular attracts high attention nationwide. Large companies have successfully positioned itselft on international markets. The industry focus is on the ventilator and ventilation technology, valves, measurement and control technology, as well as assembly and fastening technology.

There are also castles and the idyllic small towns that guarantee plenty to see and do whether you are a gourmet, culture or nature lover. Searching for large cities in Hohenlohe will be in vain. However, the towns in the regions are real little gems full of medieval charm captured into the picturesque scenery around the rivers Jagst and Kocher. One of the must-sees is Langenburg Castle. High above the River Jagst, this former fortress is a highlight for culture lovers, gardening enthusiasts and classis car fans. Schöntal monastery, one of Germany’s most beautiful baroque monasteries, is also worth a visit

The sunny side of Germany 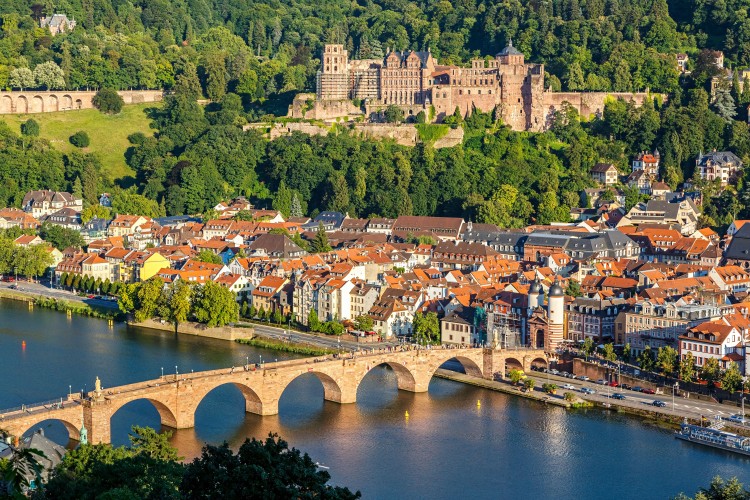 The state of Baden-Württemberg in southwestern Germany is bordered by the states of Rhineland-Palatinate, Hesse and Bavaria. It also borders  France on the west, Austria and Switzerland on the south surrounding Lake Constance. The state’s capital is Stuttgart. Baden-Württemberg is the third-largest federal state with an area of 35,751 km² and 10.7 million inhabitants.

With popular tourist cities such as Heidelberg, Baden-Baden or Tübingen, Baden-Württemberg is very fortunate in having a wide variety of unspoilt nature. Regions like the Black Forest (Schwarzwald) and the Swabian Alb (Schwäbische Alb) are typical landscapes of large, contiguous woodland.

Land of inventors – Made in Baden-Württemberg

The state is characterized by strong industry and a high export ratio, which is home to internationally renowned industrial giants such as Daimler, Bosch or IBM.

Baden-Württemberg is one of the leading economic regions not only in Germany but also in Europe: Home to globally recognized corporations and thousands of successful small and medium-sized enterprises that are world market leaders in their respective product fields, the region is known for its innovative drive and inventive spirit. 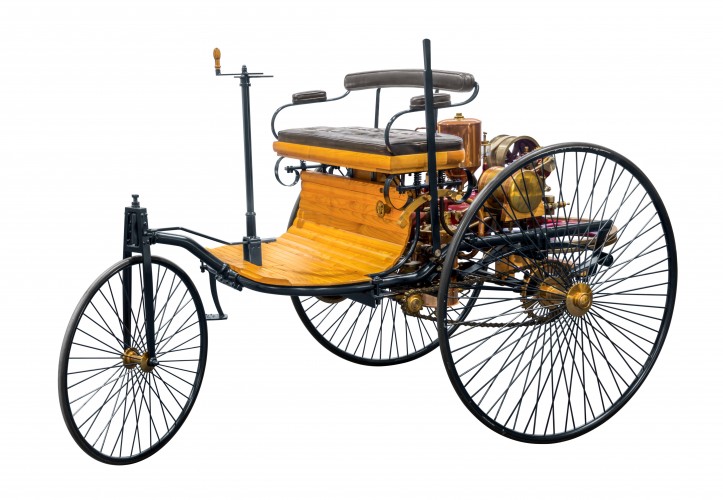 As the birthplace of the automobile, around one quarter of industrial revenue is generated today in Baden-Württemberg by the automotive engineering industry and its large supplier network, closely followed by mechanical plant engineering as well as the metal and electrical industry.

Nowhere in Europe is so much money and effort invested in the invention of new products and processes. Nowhere else – relative to the population count – are more patents registered than in Baden-Württemberg. This explains the number of leading research institutions based in the region, such as Institute of Max-Planck Society, German Cancer Research Centre in Heidelberg, Centre for Solar Energy and Hydrogen Research just to name a few.

The state of Baden-Württemberg is one of Europe’s most romantic destinations: think Black Forest and Heidelberg, Lake Constance and fairy tale castles. Southwest Germany’s famous castles and palaces, such as Heidelberg, Ludwigsburg and Hohenzollern, have always been – and still are – a great attraction for visitors every year. Additionally, there is more to explore: Schwetzingen palace and Meersburg, as well as the fine chateaux and manor houses throughout the area, impress visitors with their not only picturesque architecture but also the cultural events and festivals staged on premise. 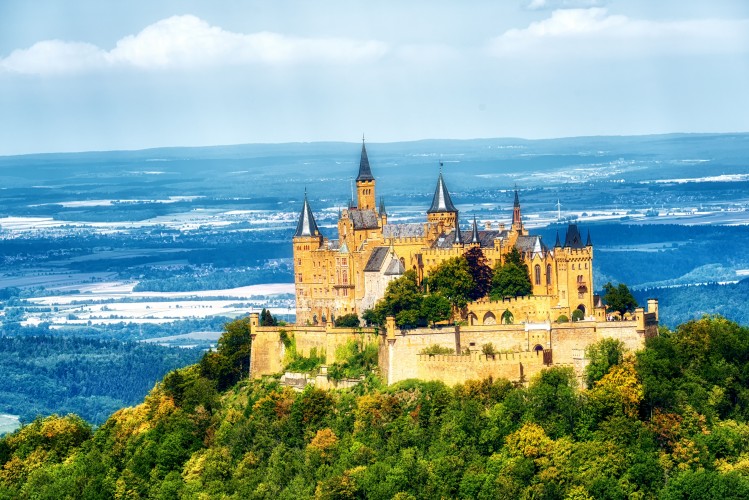 If you’re into art and literature, in addition to Friedrich Schiller, famous natives of Baden-Württemberg include poets and writers such as Friedrich Hölderlin, Hermann Hesse or Eduard Mörike, philosphers Georg Friedrich Wilhelm Hegel and Martin Heidegger, and painter Otto Dix, who made an important contribution to German Expressionism.

In Baden-Württemberg, we have something for every taste from the world’s finest automobile museums to award-winning vineyards, from world-class music and ballet to great hiking and cycling routes. We enjoy hot summers and crisp winters, lively springs and glorious autumns, legendary wine and beer festivals … not to forget we have the best Christmas markets!

The cuisine throughout the southwestern region of Germany is delicious, with culinary delights from every palate. There is a wide range of dishes and cooking styles … something for everyone, in fact.

Good things to eat include: 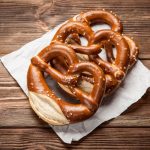 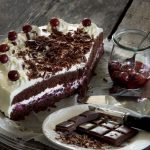 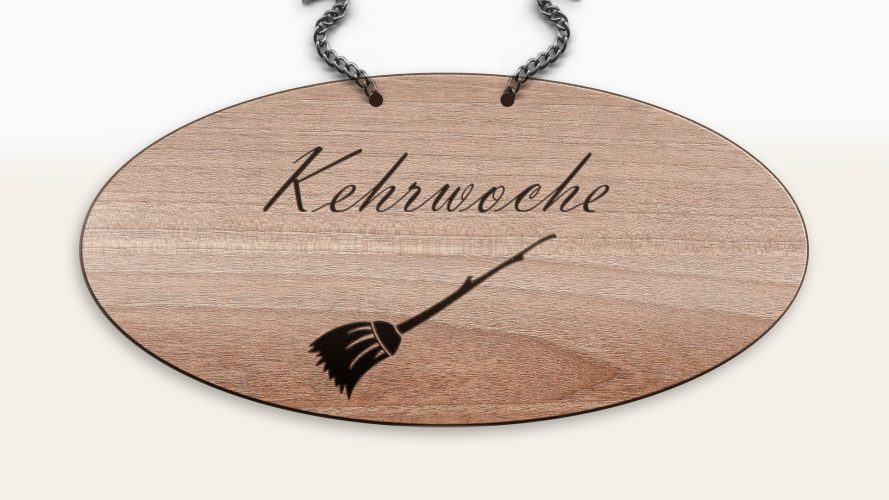